I wanted to get the engine & transmission installed before I figured out where the front suspension was going to end up to make sure that the oil pan would clear and that the there would be enough room for the distributor and rotor cap. I wanted to make sure that the transmission tail shaft was centered in the frame at the right height to use the existing driveshaft hoop the\at is part of the frame. 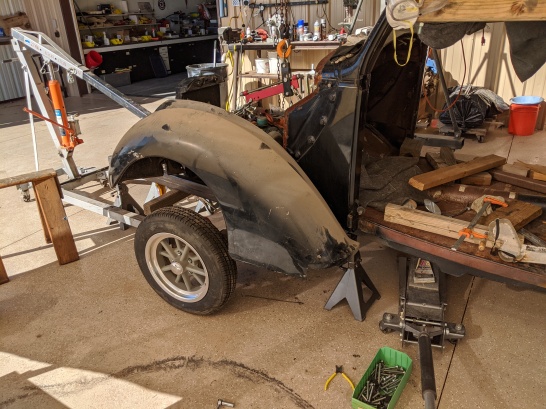 I moved the gantry crane over the engine so that I would have plenty of adjustment room and control and I supported the back of the transmission tail shaft with a floor jack and slowly moved the engine into the frame, centered the tail shaft in the frame and leveled the engine at the carburetor mount.  The engine motor mounts were installed and the bottom of the weld in mounts ended up at the top of the frame. 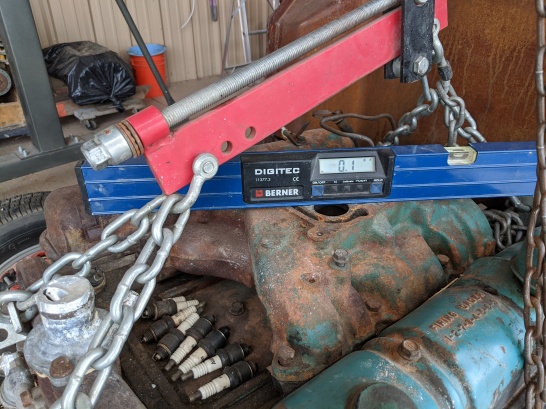 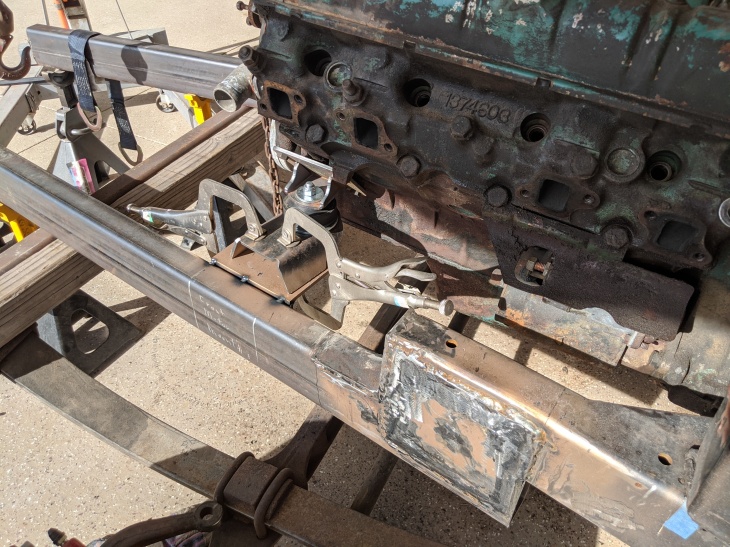 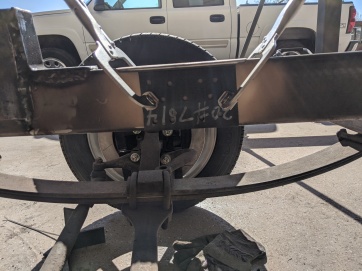 I installed a new transmission mount on the tail of the TH400 trany and made a mount using 2″x1″ X 24″ rectangule tubing and bolted it in place to the transmission mount and the when I rechecked everything again I drilled new mounting holes in the frame and mount instead of welding it in place so I could remove it or move it easily. 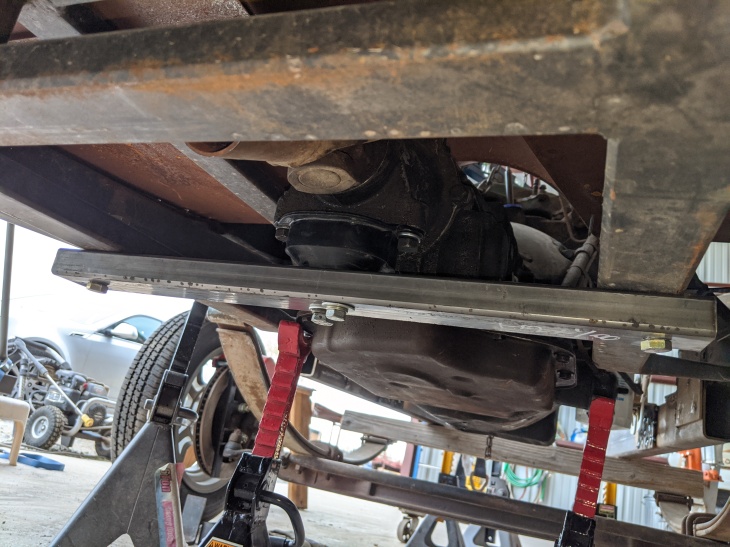 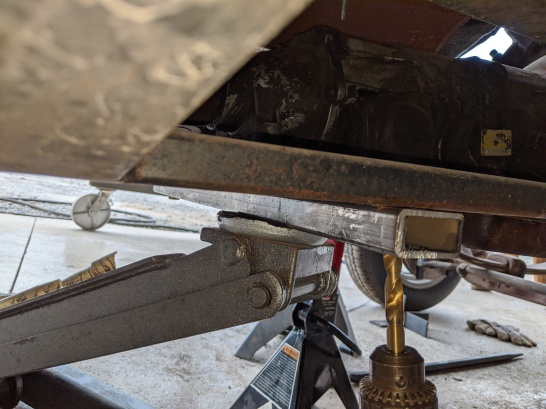 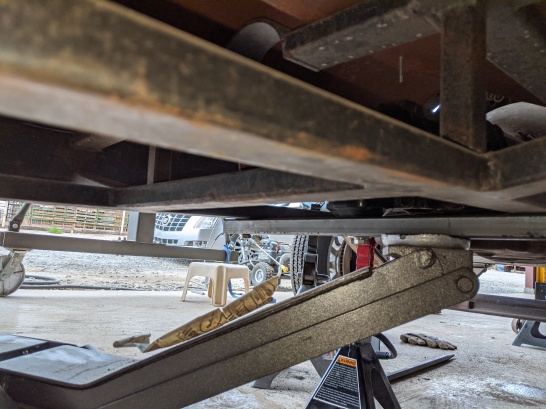 I am retired communications engineer with bad hobbies (those that are addicting and expensive. I have been a gear head since high school. Published a short Story in Southern R odder in the early 70's about my gear head frenemy and my 1957 Dodge D500 and his Moms 60 Ford 4 door View all posts by oldschoolgasser

One thought on “Engine & Transmission Installation”